Cotton is Gossypium in the mallow family Malvaceae, and the fibers around the seeds are strong, hard to stretch and highly hygroscopic, so they have been processed into clothing from long ago. There are various theories about the origin of cultivation and processing by humans, but one of them seems to be from the Indus Valley Civilization about 7,000 years ago, and it seems that it spread all over the world after that.

Cotton was introduced to Japan more than 1200 years ago. However, after that, it is not continuously cultivated and it is gradually lost. Therefore, for Japanese people, cotton had become a “luxury fiber” imported from abroad.

It was about 450 years ago that cotton began to be cultivated in earnest in Japan. It was a time of civil war, and cotton was used for soldiers’ clothing. After that (about 400 years ago), when the peaceful times came to Japan, cotton began to be cultivated in various parts of Japan. Therefore, cotton was gradually used for the clothes of the common people.

In the mid-19th century, Japan sought to transform itself into a modern nation, and the nation encouraged cotton production. As a result, in the 1930s, its exports were the highest in the world. During World War II in Japan, the export of cotton cloth was suspended, so it temporarily decreased, but after the war it revived and Japan became the world’s largest exporter of cotton again.

At our farm, we regard the lost cotton industry as one of the “sustainable industries (SDGs)” in Japan, cultivate cotton, and produce cotton yarn and cotton cloth. Therefore, this time, we will introduce a color sample of plant dyeing using “cotton husks” that are often discarded after the fibers are collected.

* Please read the “Our policy” page for our activities.

▼ These cottons（husks） were grown on our farms without the use of pesticides or chemical fertilizers. 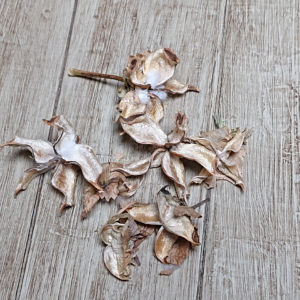 ▼ ▼ The left is “cotton currently cultivated for industrial use”, and the right is “cotton traditionally cultivated in Japan”. The two sizes are quite different. For details, see “和綿と洋綿の比較“. 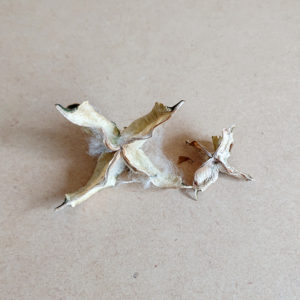 ◆ Scientific name／Gossypium ◆ Classification／Malvaceae Cotton genus (perennial)
◆ 備考／The genus Cotton consists of about 40 species of perennials and is native to tropical or subtropical regions around the world. After flowering, the lower ovary of cotton develops and Cotton boll is formed, and we have used the fluff generated on the surface of the seed inside as a fiber. In addition, we have also used the oil from defibered cotton seeds for food.
◆ Mordanting / each mordanting, please check the color sample below.

【Color swatches by each mordanting】 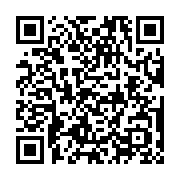